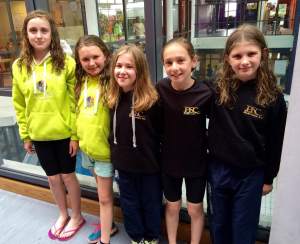 ional Finals.
Photo 3 – Rowan Harley who represented county Galway in the U14 freestyle at the Swimming Community Games National Finals.
Ballinasloe swimming club would like to congratulate all of our swimmers who competed in the Swimming Community Games National Finals in Athlone last weekend.
The boys competed on Saturday August 15th.  James Mooney put in an outstanding performance in the U12 Boys Breaststroke where he finished in 3rd place & won a National Bronze medal.  This was a brilliant achievement amongst such stiff competition.
Rowan Harley competed in the U14 Boys Freestyle where he also performed splendidly making it into the semi-finals in the U14 Boys Freestyle.
Well done to our U13 girls relay team who represented Galway county on Sunday August 16th.  This relay team was made up of Tara McKeon, Ruth Dolan, Ava McKeon, Caoimhe Kennedy & Ailbhe Hanrahan.  The girls had 3 fantastic swims, they won their first heat and went on to qualify out of the semi-final & made it into the final where they finished in 6th place overall.  This was a tremendous achievement for this talented bunch of 10 & 11 year old as they are all out of age and will all be u13 again next year, where all going well, they will be serious contenders to win a medal in this event. 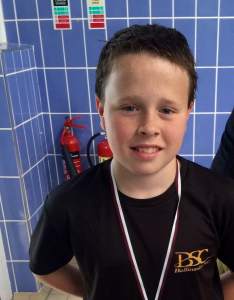 Tara McKeon also competed in the U12 Freestyle, she won her 1st heat and came 3rd in the semi-final and narrowly missed out on a place in the final in a close race, as only 2 swimmers went forward from the semi-finals to the final with only 6 swimmers qualifying for each final.
Ruth Dolan competed in the U12 Backstroke, she too won her first 1st heat and made it into the semi-finals in another close race.
The competition in the Nationals is unbelievably tough with only one swimmer getting through to the Nationals from each county.  We are very proud of all of our swimmers from Ballinasloe Swimming Club who worked so hard to win their place to represent Galway County in the Nationals.
Huge congratulations to all who were involved,
Ciara.